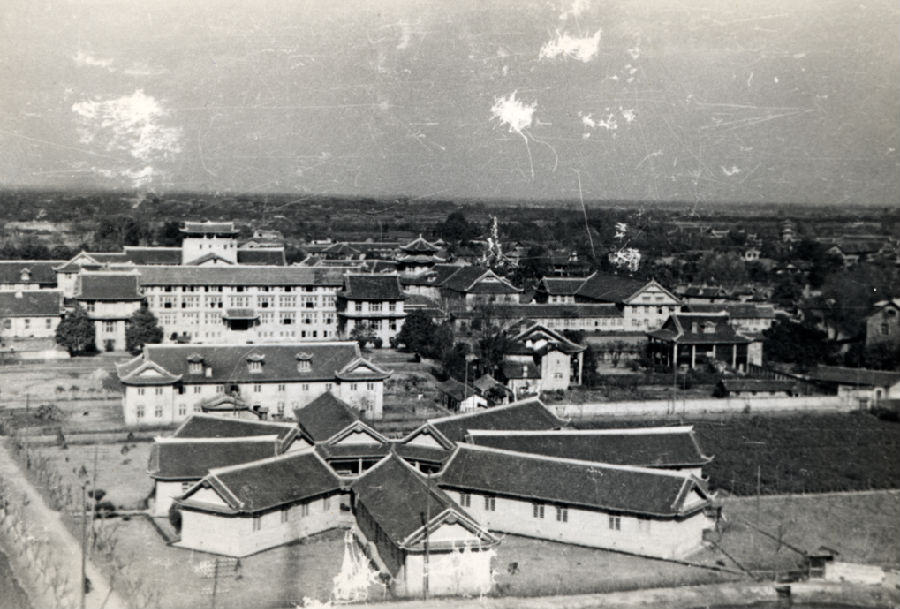 The precursors of the WCH, Cunren and Renji Hospitals, were set up in 1892 by the joint efforts of Christian missions from the United States, Great Britain, and Canada. In 1914, the School of Medicine of West China Union University (WCUU) was established and both Renji and Cunren Hospitals became the teaching hospitals of the university. In 1924, the WCUU opened enrollment to women and became the first co-educational university inland.

In 1937, when the War of Resistance Against Japan broke out, the universities in the affected areas such as Nanjing Central University, Jinling University, Jinling Woman Arts & Science College, Yanching University, and Cheeloo University were moved to Chengdu and managed together with WCUU. At that time, the Huaxi medical campus became a gathering place for medical experts and talents. In July 1938, the Union Hospital was established together by WCUU, Nanjing Central University, and Cheeloo University. In 1946, a new hospital of WCUU, named "University Hospital" or "West China Hospital", was built in Guo Xue Alley, Chengdu City, where it still stands today.